BACK TO THE LAND IN A MICROFARM

BACK TO THE LAND IN A MICROFARM

In this B&B and Microfarm you follow the rhythm of the earth, in simplicity and contact with nature, where the experiences remain etched in memory. Through a stay in a cozy and comfortable atmosphere, the guest will be sensitized to the biodiversity of the land with beautiful activities and products collected at zero km and genuine. In this place of peace, the transmission is done with the heart and love of the land. 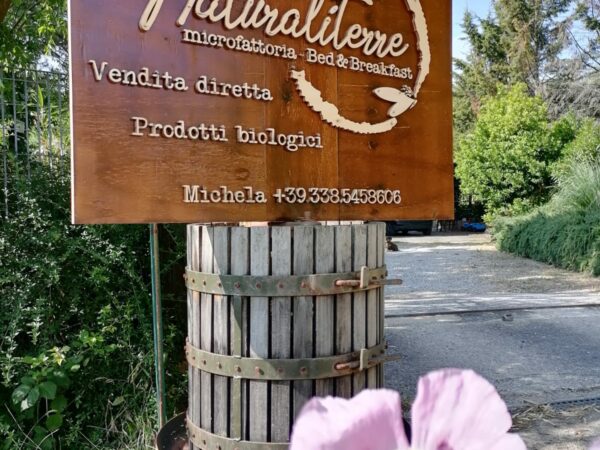 The B&B and Microfarm is suspended in the hills of Dovadola, a charming village nestled in the flourishing valley crossed by the river Montone. Its panoramic location allows you to enjoy a beautiful view of the surrounding valley.

The microfarm is linked to a reasoned and sustainable agriculture, in harmony with the natural rhythms of the earth and includes an olive grove, a vineyard, several fruit trees and a vegetable garden. A genuine olive oil is produced without any treatment.

Dinner on your own 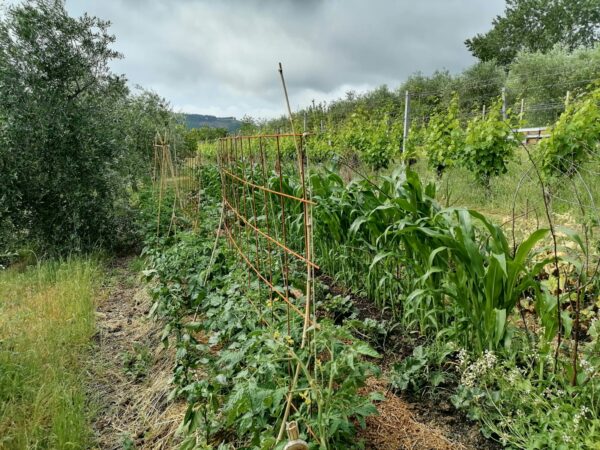 Breakfast prepared using as much as possible zero km products, fresh and organic, from small producers and local realities, in order to contribute to the circular economy of the area.

In the morning, at around 09.30 am, it is proposed to walk through the garden cultivated in permaculture. We discover the importance of its biodiversity to produce completely organic vegetables, without any chemical treatment, and the fundamental importance of seed conservation.

A pleasant and informative walk in the garden, to observe, collect and taste.
Some seeds from the production will be given to the guest.

At the end of the morning, we return home with the vegetables that will be used to prepare the picnic.

Tip: discover Castrocaro Terme and its Fortress, and also the “ideal-city” of Terra del Sole. 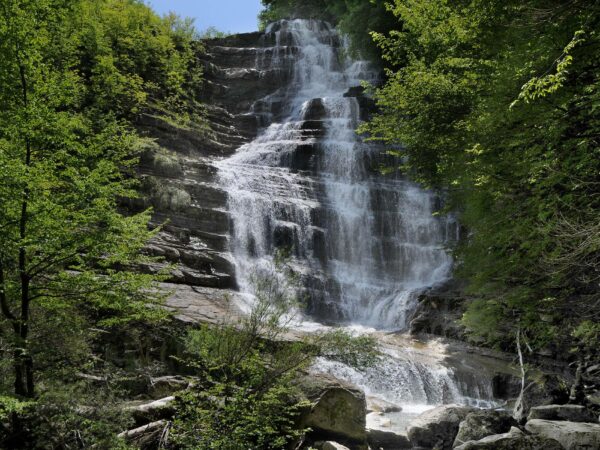 In the morning, we leave by our own means of transport to reach the starting point for the hike to the Acquacheta, the famous waterfall mentioned by Dante in the Divine Comedy. The waterfall can be reached with one and a half / two hours walk from the village of San Benedetto in Alpe. Dante’s path winds along the Acquacheta stream and leads to the waterfall, which has a drop of about 70 meters, a grandiose and unique attraction. Dante was exiled from Florence in 1302; on his way to Ravenna, he spent the winter of 1302-1303 in the town of San Benedetto in Alpe and in the Benedictine Abbey that had stood there since the fourth century. In exile, he begins to write the Divine Comedy and, in the narration of the itinerary through Hell and Purgatory, describes the Waterfall in Canto XVI (94-105).

Lunch by your own
Possibility to prepare a packed lunch for the excursion.

Tip: discover the village of Dovadola and the sanctuary of Montepaolo, the most important Antonian place of worship in Emilia-Romagna.

In Dovadola, you can discover the fascinating workshop of one of the last luthiers in Romagna, working the wood only by hand. In the evocative oratory of Sant’Antonio, you can also visit the exhibition of ancient inlaid weapons from an unusual private collection. Instead, the abbey of Sant’Andrea is the object of constant pilgrimages where the remains of the dovadolese Benedetta Bianchi Porro, beatified by Pope Francis in 2019 in the cathedral of Santa Croce in Forlì, rest.