A WEEK-END OF WELLNESS AT THE TERME OF CASTROCARO

A week-end of wellness at the Terme of Castrocaro

A real relaxing moment to the Terme di Castrocaro, a territorial excellence, and the discovery of the main treasures: the imposing Fortress of Castrocaro, one of the oldest in Italy and the village of Terra del Sole, an extraordinary example of a Renaissance “ideal city”. 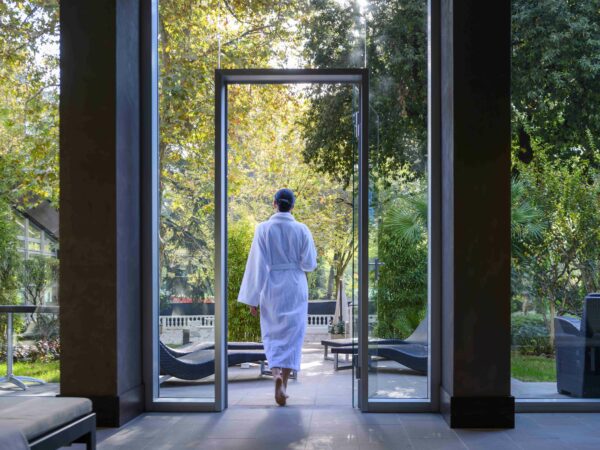 RELAXATION AT THE SPA

You’ll enjoy a moment of total relaxation at the Spa. The wellness itinerary consists of several stages, from the pools with thermal water overlooking the garden to the hammam, the aromatic bio sauna and the steam bath or the saline bath with sound system. An exploration that stimulates all the senses and allows you to rediscover the beneficial effects of taking care of yourself.

Dinner on your own and overnight 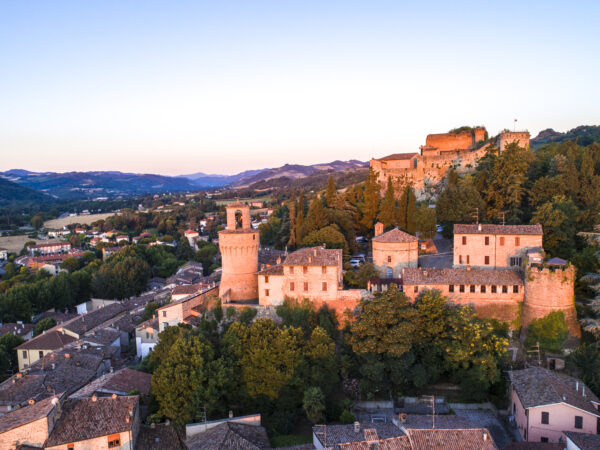 Terra del Sole is a unique and surprising example of a Renaissance “ideal city”. This fortress-city was founded on 8 December 1564 by the will of Cosimo I de ‘Medici, as the new capital of the Tuscan Romagna. Terra del Sole is an extraordinary example of the new urban planning model that imposed itself in Italy in the 1500s, influenced by the theories of military engineers. It boasts a perfectly preserved city wall, 13 meters high, surmounted by 2 castles. Among the points of greatest interest: the Church of Santa Reparata and the Palazzo Pretorio, which houses the helical staircase by Leonardo da Vinci in the dungeons.

Lunch on your own

VISIT OF THE IMPOSING FORTRESS OF CASTROCARO TERME

You’ll enjoy a guided tour of the imposing Fortress of Castrocaro (11th-14th century), one of the most interesting examples of medieval fortified architecture: proudly erected on a rocky spur, it stands as a testimony of considerable architectural, historical and cultural value. We visit the Palazzo del Castellano, where the historical-archaeological museum of the city is set up, the Medici Arsenals, the internal courtyard with a panoramic terrace on the surrounding area.

1-night lodging in a 4-star Sup  hotel, 1 guided visit to the fortress of Castrocaro, 1 visit to Terra del Sole, entrance to the spa.

1 companion, tourist tax, transport and transfers, meals, tips and any personal extras, anything not expressly listed in “what’s included”.

Grand Hotel Terme, a 4* Sup hotel
Overnight at the Grand Hotel, a unique spa complex that combines the elegance and refinement of contemporary luxury. The B&B treatment includes an exclusive entrance to the Spa.
71,00 € per person