WEEKEND IN THE FOOTSTEPS OF DANTE

Weekend in the footsteps of Dante

Long weekend in the footsteps of Dante Alighieri to celebrate the 700th anniversary of the death of the Supreme Poet. Castrocaro Terme and Terra del Sole represent the ideal starting point for an itinerary that combines history, local excellence and culture. It begins with a guided tour of Ravenna, in the footsteps of Dante and continues to the extraordinary village of Terra del Sole, the Renaissance “ideal city”. The next day, we find Dante again through an interesting visit to the Fortress of Castrocaro. 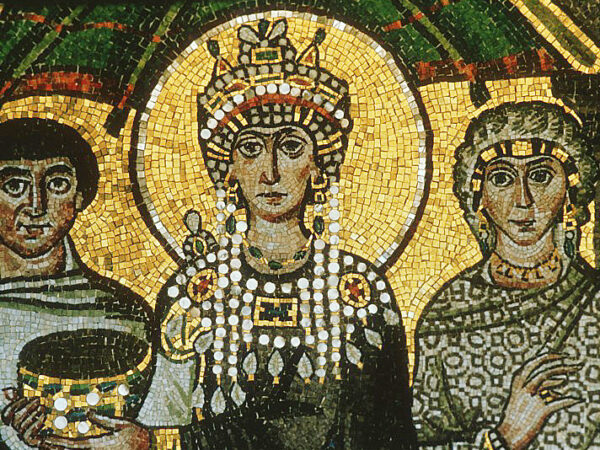 Ravenna guided tour in the footsteps of Dante

Guided tour of Ravenna, the quiet and peaceful city where Dante completed the Divine Comedy. In this place, the figure of the Supreme Poet became an object of great devotion and, on his death in September 1321, became a real cult.

The guide will tell you about Dante’s life, describing his stay in the city and the circumstances of his death, the construction of the tomb and the story of the theft of the bones, as well as the numerous interventions to enhance the cultural heritage centered on his work.

Lunch on your own

Arrival at the Hotel in Castrocaro Terme and Terra del Sole

A municipality in the Tuscan-Romagna Apennines, a nationally renowned destination for its prodigious thermal waters and two historical treasures: the medieval village built around the ancient Fortress of Castrocaro and the wonderful Renaissance “ideal city” of Terra del Sole.

Terra del Sole, a 1 km walk from Castrocaro along a tree-lined avenue, was built in the second half of the 16th century and was conceived as a fortress-city, expression of the ideal Renaissance urban model. Protected on the outside by a wall (over 2 km long and 12 meters high), reinforced at the corners by four bastions, it was designed inside to be “on a human scale”, with beautiful buildings and palaces, still perfectly preserved. Of great interest are the Church of Santa Reparata and the Palazzo Pretorio, which houses the helical staircase by Leonardo da Vinci in the dungeons.

Dinner in a typical tavern with a medieval menu 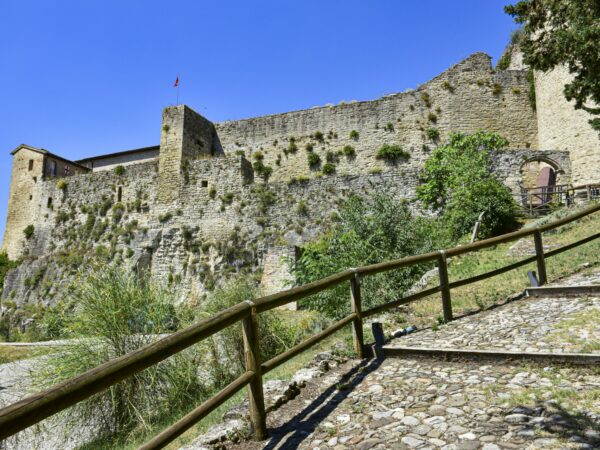 In the morning, you’ll enjoy a guided tour of the imposing Fortress of Castrocaro (11th-14th century), one of the most interesting examples of medieval fortified architecture: proudly erected on a rocky spur, it stands as a testimony of considerable architectural, historical and cultural value. We visit the Palazzo del Castellano, where the historical-archaeological museum of the city is set up, the Medici Arsenals, the internal courtyard with a panoramic terrace on the surrounding area

Breakfast at the hotel
Check-out

Lunch on your own
Tour ends

Overnight in a 3-star hotel

1 overnight stay in a 3-star hotel, 1 entrance to the fortress of Castrocaro, 1 guided tour of Ravenna, 1 visit to Terra del Sole, 1 medieval dinner in a tavern (4 courses, drinks not included).

Tour leader, tourist tax, transport and transfers, meals, visits and entrances not included in the itinerary, tips and any personal extras, anything not expressly listed in “what’s included”.

Overnight in a 4-star hotel

1 overnight stay in a 4-star hotel, 1 entrance to the fortress of Castrocaro, 1 guided tour of Ravenna, 1 visit to Terra del Sole, 1 medieval dinner in a tavern (4 courses, drinks not included).

A companion, tourist tax, transport and transfers, meals, visits and entrances not included in the itinerary, tips and any personal extras, anything not expressly listed in “what’s included”.

3-star hotel
Overnight in the center of Castrocaro: a few steps from the spa, having all the amenities. Tranquillity, hospitality and courtesy. Opportunity to dine at the hotel, with home cooking, generous and traditional.
110,00€ a persona
4-star hotel
Overnight at the Grand Hotel, a unique spa complex that combines the elegance and refinement of contemporary luxury. The B&B treatment includes an exclusive entrance to the Spa.
147.00€ per person
CONTATTACI